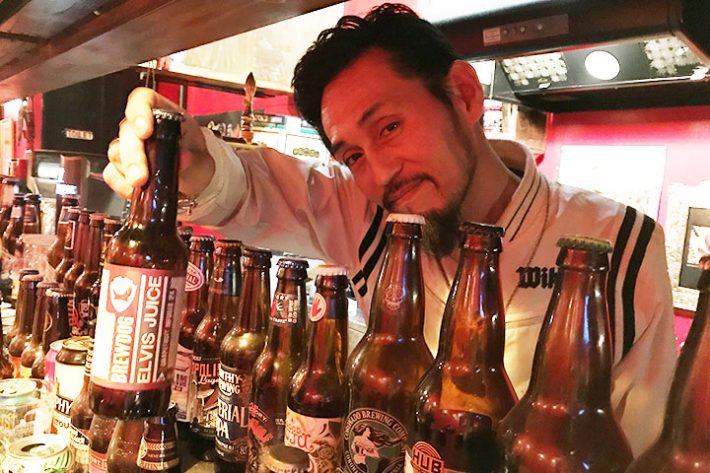 Hello！This is HALOO reporting tonight.
Last night druing my night walk i found such a fantastic bar in Shimokitazawa!
The place is called 「Wolfs schutz 」！

First of all the entrance looks awesome！ 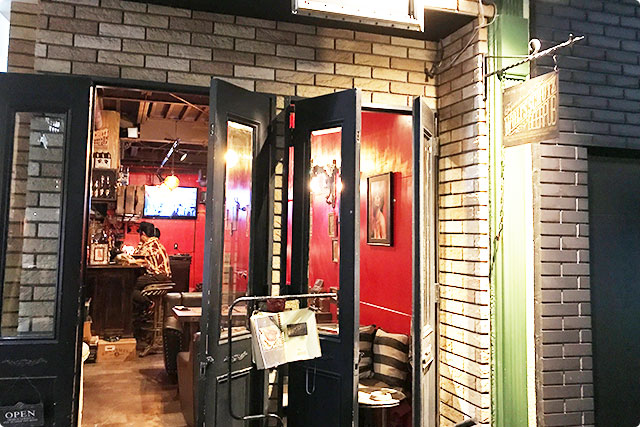 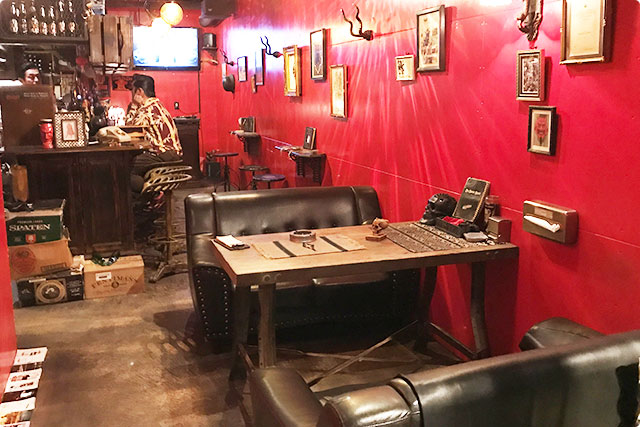 ▲ The interior is very outstanding♡ 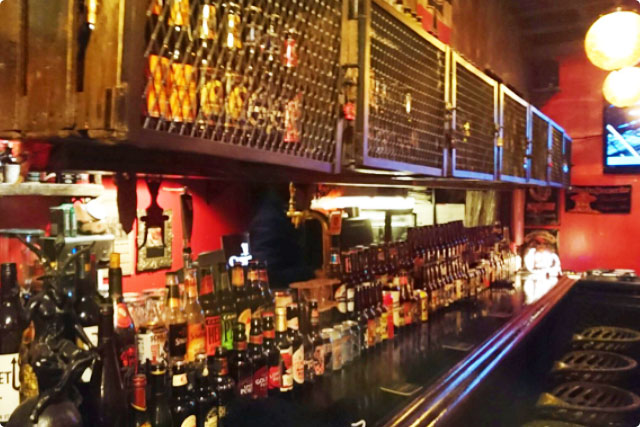 ▲ What the heck is this line of beer bottles！？

「OMG are they your personal collection?」This was my first question to the owner!
「No, no, they are all what i can serve customers! and i have a lot more!」 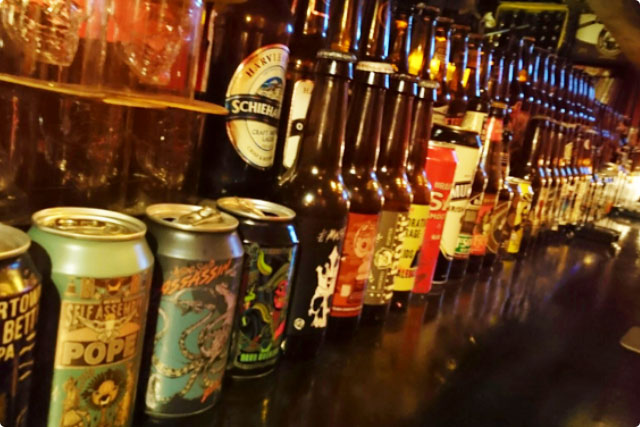 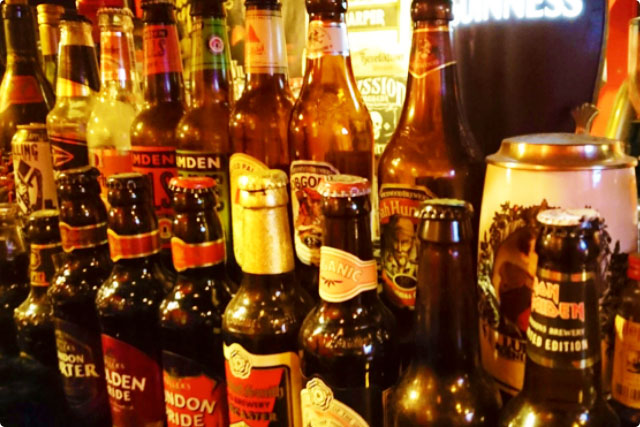 ▲ I have never seen them before,,, have you?

I told the owner the kind of taste i like and asked him to choose one for me!

Coz i have no idea what could be what…..
「Just in case would you like to have a look at the beer list?」said the owner and handed me this….. 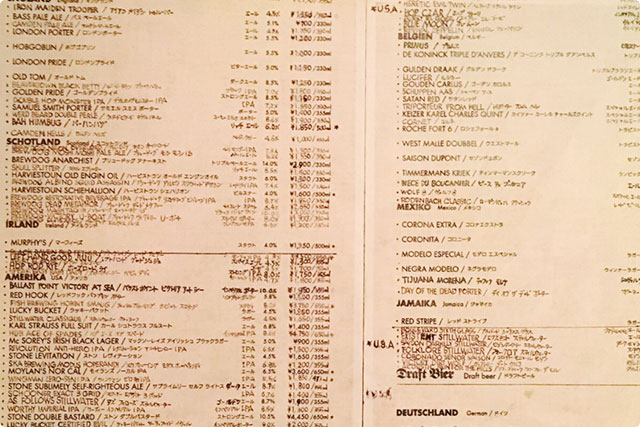 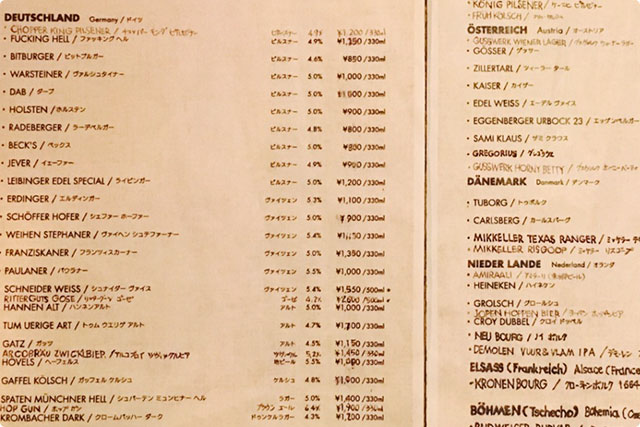 Ok, I have NO idea about anything written here…..
「Please choose one for me,,,,,, i like beer with lesser alcohol and refreshing taste!」 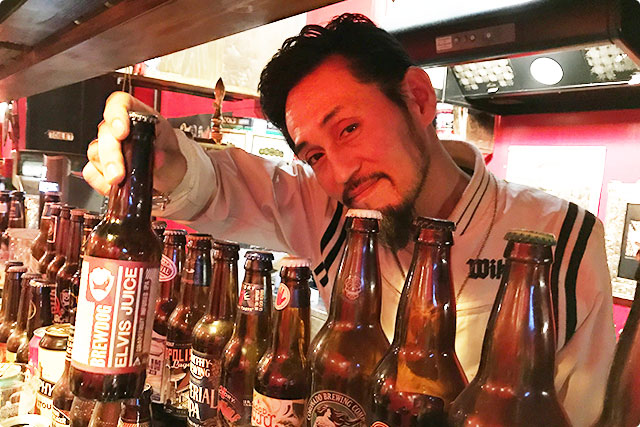 「Woooooooo!!!!! what kind of story does this beer have?」

「This one is Elvis edition! the flavor is aroamtic grapefruits! This is a fusion IPA which was invented by Americans lately out of the origial IPA which had created by the English people who went to India. The original IPA contains more alcohol but this fusion one is rather light!」

Waaaaaw i love Elvis for sure! but i have never heard of this beer！
and i have no idea what the IPA is like neither the original one nor the Neo fusion one！！ 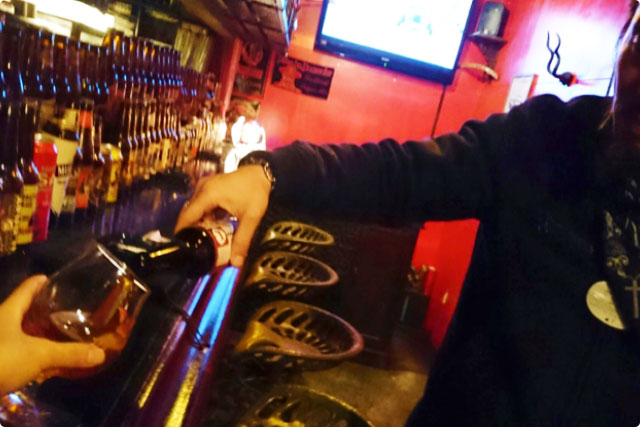 ▲ The owner came down to this side of the bar counter to poor the beer.

「Can you hold the glass for my left arm is completely broken due to a motorbike accident?」
Seriously? this story can be a true story in a real world? i thought that it sounds like a Rockabilly fairy tail or something.

Yes yes sure! i will hold the glass!!

then had a sip.
mmmm……. its suer refreshing!!!! i feel that i can keep drinking so much of this！

Beer is not my best favorite drink but i enjoyed it so much!!
i wish to have known this place lots earlier!!!!

He said that this place was open exactly 4years ago and the night before was a 4 year anniversary party  here.

Let me show you the interior a bit more♪ 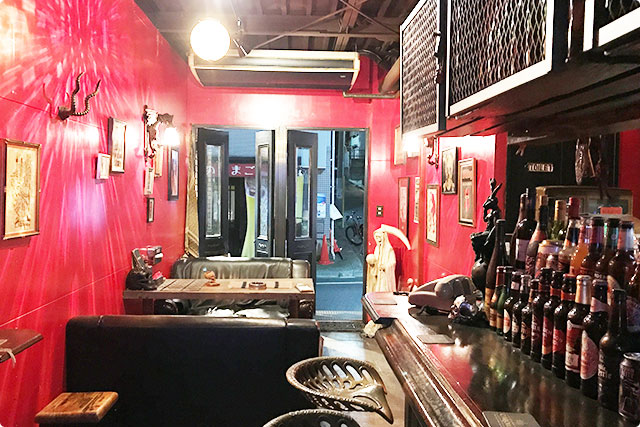 and the view from here is this♪ 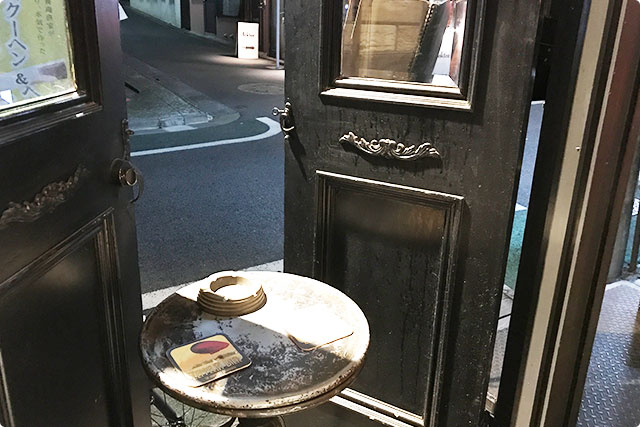 ▲ isn’t this a perfect place for summertime evening?♡ 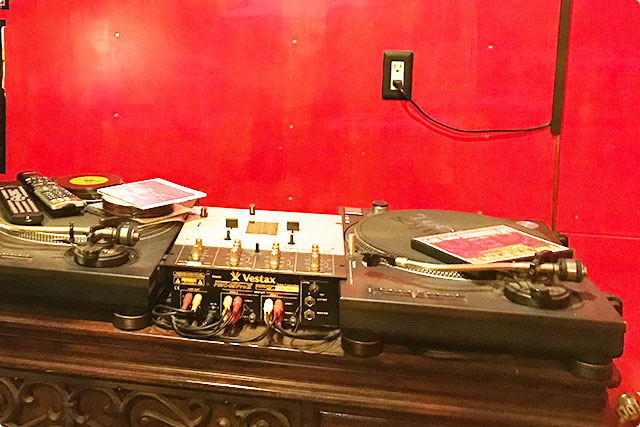 ▲ DJ booth where many famous DJ come to play♪

I would like to go for a second one now！ 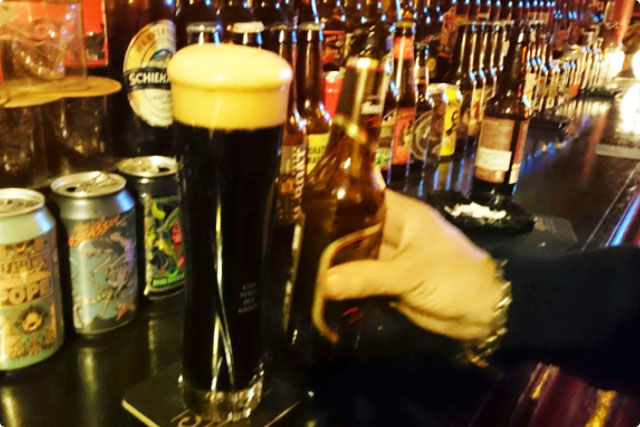 The owner knows a lot about German culture！
Although I lived in Germany for a year, everything the owner told me is so new to me! lol

I am getting a bit tipsy…lol
We spoke about music, philosophy and history.

what a fun time!

And he has some food as well!! 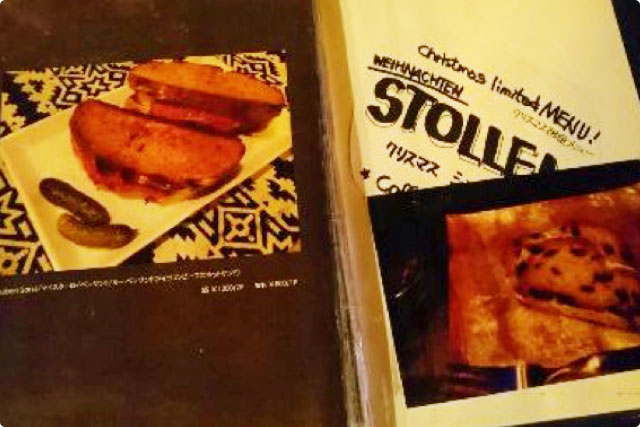 I so wanna visit here every night…..
it is so free and comfortable somehow and the owner is very open minded and such a friendly person! 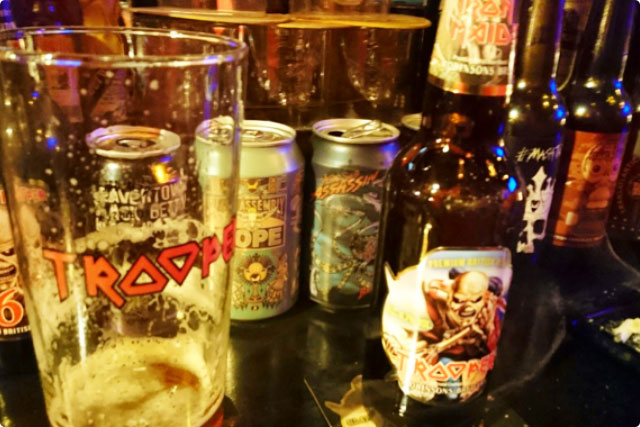 I forgot to take a photo before drinking it! lol

it was super tasty too!!

This beer is also a special one and it comes with it’s original coaster and a glass!!

Fans of this band take them home and they even order this beer for these items!! 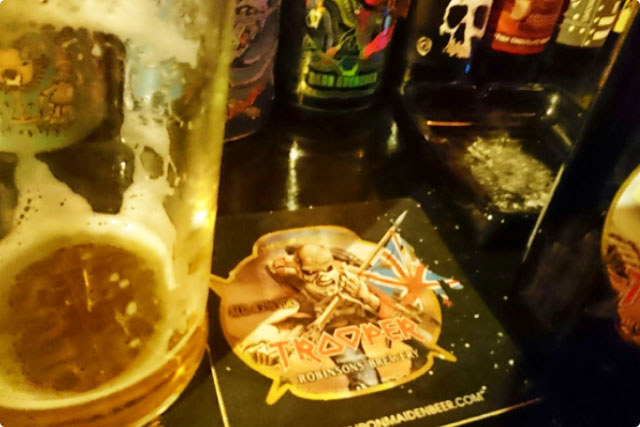 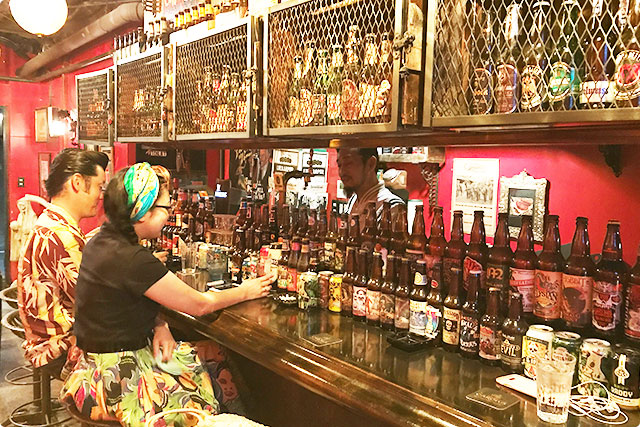 ▲ And these fancy 50s fashion customers came in…

I was introduced and made friends with them♪ 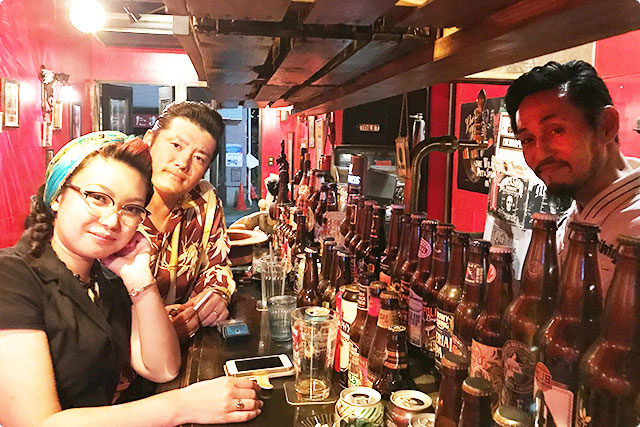 The owner told me a lot about German beer culture and history too!!!!

It was very meaningful night!!!! 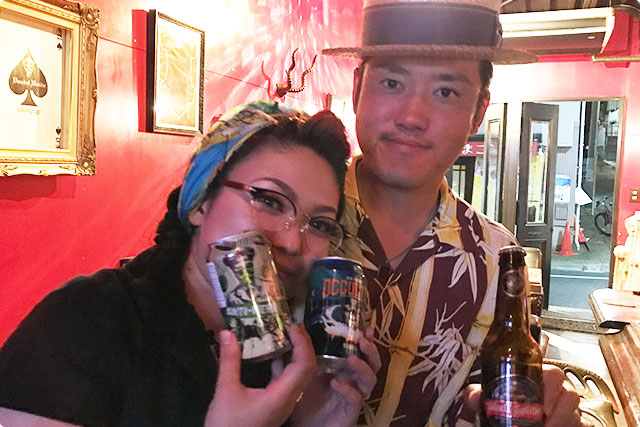 ▲ They take the cans home xD

They say that they have more than several hundreds of the cans as their collection!♪

It was such a nice time with them and the owner Mr. OE♡

I know that I will visit here very soon again!!!!

Thank you very much!!! 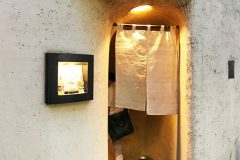 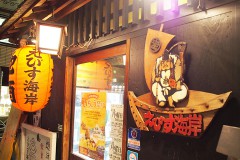 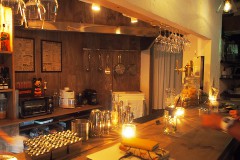 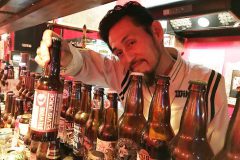 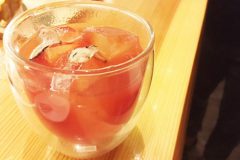 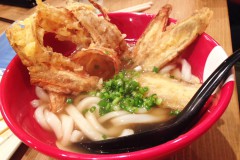 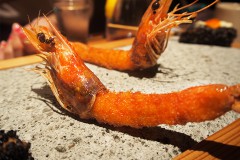 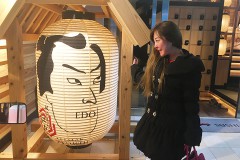 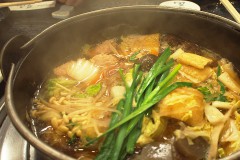